When you book with an account, you will be able to track your payment status, track the confirmation and you can also rate the tour after you finished the tour.
Sign Up

Or Continue As Guest

When you book with an account, you will be able to track your payment status, track the confirmation and you can also rate the tour after you finished the tour.
Sign Up
839

Why Book With Us?

Do not hesitage to give us a call. We are an expert team and we are happy to talk to you.

Mt. Makalu (8463m) is the world’s fifth highest mountain which lies in the eastern part of Nepal. This area stretches east from Sagarmatha (Mt. Everest) National Park between the high plateaus of Tibet and the deep subtropical gorge carved by the Arun River.

This region is known for its heavy rains, snow and immense glacier. Its home to more than 3000 species of flowering plants, including 25 species of rhododendron and hundreds of varieties of orchids. The camping trail to Makalu Base Camp from the south is considered one of the best trekking routes in Nepal. During the trek you will get chance to encounter well trodden village trails through terraced farmland, cloud forest, high mountain passes and alpine valleys and more likely the company of birds than other trekkers.

We can do tea-house trekking and organized / camping trekking. We run our trip even one person.

Comprehensive list will be provided while book the trip.

Most of the items can buy or rent in Kathmandu.

Day 1Arrival in Kathmandu-Transfer to Hotel

Airport and transfer to hotel in Kathmandu, rest at the hotel and briefing about the trip. Overnight accommodation is set with BB Plan.

Today after breakfast we will start a guided tour to several of the most historical and spiritual attractions in Kathmandu. Some of these landmarks are considered World Heritage Sites; including the historic Hanuman Dhoka Durbar Square, the sacred Hindu temple of Pashupatinath, the famous ‘Monkey Temple’ (Swoyambhunath) and Buddhists shrine Bouddhanath the large Stupa within the world. Briefing regarding the trek with two way question answer with the trip leader (The Guide). The overnight accommodation is in the same hotel BB Plan.

This is the beginning day of your trek. In the morning you’ll be transferred to domestic airport fly to Tumlingtar observing range of snow capped peaks from Ganesh Himal to Mt. Everest, Makalu and Mt. Kanchenjunga. We will arrive at Tumlingtar after 40 munities scenic flight. Then we start our adventurous journey with our crew heading upward through the Kumal village to the Khadbari in the midst of the sub-tropical forest of Sal tree (Sorea-Robusta) and more farm fields along the way, as we come to a town of Khadbari a major town of the Makalu region and from Khadbari with up and down walk lead to the camp at Mani Bhanjyang. Rest of the day we explore the town and overnight attended camp or Hotel.

After breakfast, we start our adventure with few flat then ascending to the ridge on a wide and well-used trail, reaching our lunch stop at Bhotebas. Then the trail goes to through fertile land and forested path brings you to the top of the small ridge at Chichila village for the overnight at tent. Where is settled few local houses with superb scenic mountains of Mt. Makalu and Kumbakarna range.

Totay our journey leads us through the cool and serene forest of rhododendron, oaks and hemlocks as we climb to the top of the ridge. Then it is almost downhill for two hours to the Num- is a small village with about fifteen houses and a primary school on the large flat ground, where we have good view of our route for the next couple of days from our camp site.

At first, we extremely steep head down and terraced slopes towards the Arun River, nearly 800 meters below. The lower slopes of this narrow valley are densely forested and the paths are quite slippery, after reaching the bottom we cross the suspension bridge across the torrential Arun River. Then we climb back out of the rain forest, reaching our lunch place and further steep climb takes us up to Seduwa a village with a small health post and a primary school. Our camp will set nearby.

After breakfast, we have pleasant easy short walk about 3-4 hours takes you to country side farm villages, again it is gradual trail and an uphill climb for an hour through the millet and rice fields takes you the to the Tashi Gaun. We’ll overnight at camp and rest of the time walk around the village.

Today, we leave the human settlement for our destination. After Tashi Gaun we walk through the refreshing beautiful shade of the rhododendron and oaks forest, then leaving the dense forest coming to a summer pastures with traces of temporary made shepherd huts. From here onwards to Kahuma ridge is strenuous uphill climb, where tree lines also declines for the bushes of rhododendron and juniper. We’ll stay overnight at tented camp with scenic mountain ranges during the moon light.

This is superb view of snow capped mountains and the surrounding landscapes. Our trek follows a gradual trail with few ups and down pass through the Thulo Pokhari (big pond) and Sano Pokhari (small pond). In the heavy snow fall, the path from here can be quite misleading and it will be difficult to find the trail sometime. We walk further cross the pass of Keke La pass (4230m) Tutu-la (4,200m) where there is a chorten. Then we walk all downhill back to vegetation, a small clearing place for camping in the middle of the woods of pines, hemlock, birch and rhododendrons to reach at Mumbuk for the overnight.

The day begins with a sharp descent down a wooden narrow valley and continues on to cross the Barun Khola just beyond Tamatan Kharka take about 6-7 hours. Then the trial goes unclear along much of the route. It can also be slippery with numerous and rock falls often, so you have to walk carefully. After this you follow the Barn Khola along its northern bank. Trial goes through the seasonal settlement of Yangri Kharka and a little ahead is the Nehe Kharka for overnight stay.

Today, our trek begins crossing the wooden bridge on the Barun River and walk on the boulders, where a large prayer wall is can be seen. After 2-3 hours walk the vegetation gets thin, although the rhododendron, barberries, cotoneaster and juniper bushes keep on for some time. With a pleasant walk we get nearer to Sherson, where we have sight of the lower Barun glacier and the towering majestic Mt. Makalu. This is also the lower base camp of Mt. Makalu. There are number of stone enclosures at this high grazing ground with outstanding view of host of peaks, including the upper part of Makalu south face, and Mt. Baruntse (7,220m) and at Sherson we make camp for the night.

Day 12 Free day at Sherson for a day excursion

This is rest day; you have full day rest at the camp or visit around some interesting hike and view points to explore. The most scenic walk would be taking a hike on the right side of the camp above for the closer view of Mt. Makalu, Barun Pokhari and the view of the rare face of Everest the Kanshung face with Lhotse. A one hour steep up brings you to the large meadow you can walk farther up to have a greater view of the mentioned peaks and more other peaks of this area and beyond. After exploring that stroll back to the camp.

After a wonderful exploration in the surrounding valley, we trek back to end of the Barun valley named Yak Kharka about 6 or 7 hours for the overnight camp.

After breakfast, we continuing journey trek back about 5-6 hours to Mumbuk, after leaving the Barun Valley it is all uphill to the overnight camp in the midst of the alpine forest at Mumbuk and enjoy the day stroll back from trek.

We retrace the journey about 5-6 hours back to Kahuma Danda (ridge) via Shipton-la and Thulo Pokhari for the overnight camp. Enjoy the scenic picturesque spot and evening rest at the camp.

Today, we trek back to Tashi Gaun and continue walk towards Navagaun on the upper trail for another 2/3 hours through the cool shade of the forest after leaving the forest area, coming towards the farm terraces and eventually to the village of Navagaun, another Sherpa village which is much larger than Tashi Gaun, situated right above the Seduwa village.

After breakfast, we fallow downhill track through the farm fields for an hour or two to Seduwa village. From Seduwa retrace the journey to Num, with 2-3 hours downhill and after the bridge another 2/3 hours brings you back to Num for the overnight camp. Enjoy the walk during the re-track to Num village.

Today, we trek back to Chichile, the first 2/3 hours is all uphill and reach at the top of ridge, from here onwards it is almost downhill all the way to the overnight camp at Chichile. Enjoy exploring the village.

Day 19 Trek from Chichile to Khadbari

This is pleasant walk through this route back to Khadbari about 5-6 hours, the forest, farm lands and small villages passing and further walk to gradual path, leading you to the large village town of Khadbari, where nearby we’ll overnight stop at our camp.

This is our last day walk leads an easy 3/4 hours downhill walk brings you back to Tumlingtar for lunch and the last overnight camp of this great memorable adventure journey and this will be your last night with the trekking staffs and porters as well. We celebrate evening after completion of the long trek and overnight at camp.

Day 21 Fly from Tumlingtar to Kathmandu

We fly to Kathmandu via Biratnagar or direct flight depends on the flight schedule and season. We will come to Kathmandu and transfer to hotel and remaining time simply rest and relax at the hotel.

In this pleasant day you may have full day at leisure either relax at hotel or explore around Thamel. Today is day of ending your journey, so we would like offer you farewell dinner in Nepali typical Restaurant and hand over your Trip Certificate, Trekking Permit and TIMS Card for the memory of your Nepal trip.

Day 23 Final Departure to your port of Destination

Today is free or last minute shopping for souvenirs or gift to your family, friends or relatives for you until departure flight/drive. Our assist will be transfer to the International Airport for your departure flight to your onwards destination. 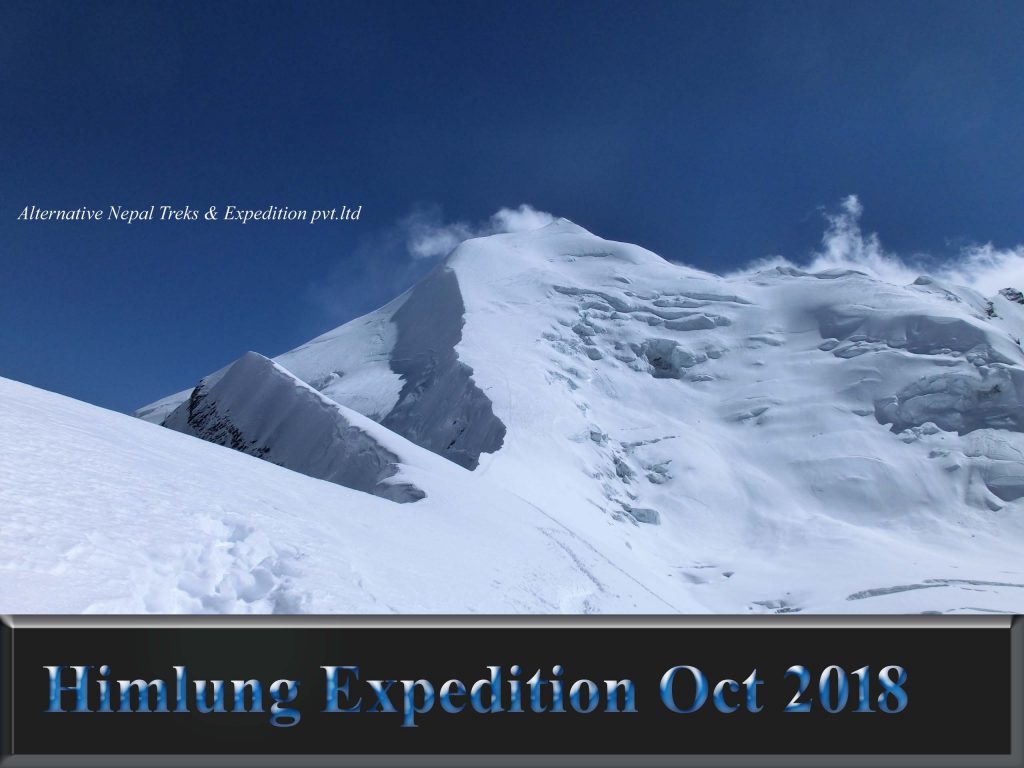 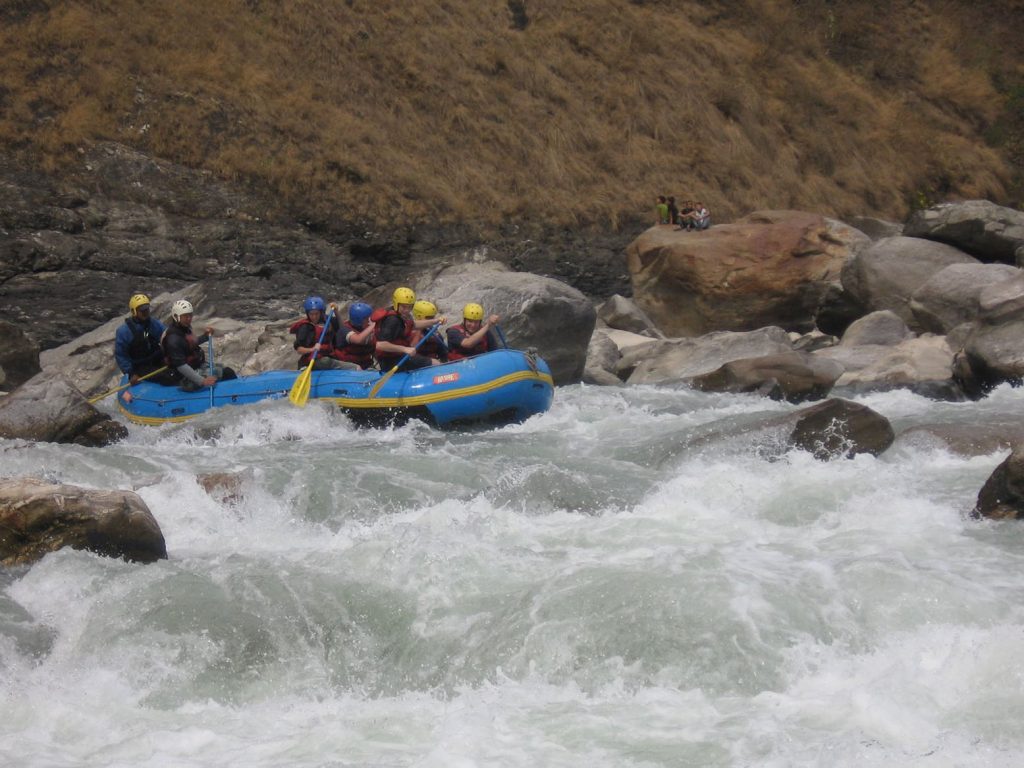