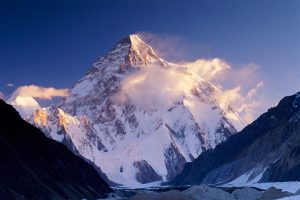 Iswari Poudel, Managing Director at Himalayan Guides shared that 22 climbers of the USA International K2 Expedition led by Garrett Christian Madison of Madison Mountaineering stood atop the summit of 8,611 m-mountain. Two high altitude porters from the Madison Mountaineering were among 31 climbers who ascended the peak yesterday, he added.

“The team made it to the top of the mountain after finding a fair window,” Poudel quoted Madison as saying from the high camp. The climbers have been descending to lower camps, he added.

The ‘deadliest’ mountain recorded at least 54 summits in two days, according to Poudel.

Meanwhile, Polish climber Andrzej Bargiel also reached the summit point as he has a plan to become the first person to climb K2 and ski all the way down, according to reports. “Andrzej has already started skiing down from the summit point,” reports quoted his media operator Simon as saying.

–   By Rajan Pokharel, THE HIMALAYAN TIMES